David Ekstam defends his thesis The socialization of intergroup attitudes: The problem of generations on 29 March at 13:15. The defence will be broadcasted live from Brusewitzsalen, Östra Ågatan 19.

THE SOCIALIZATION OF INTERGROUP ATTITUDES: THE PROBLEM OF GENERATIONs 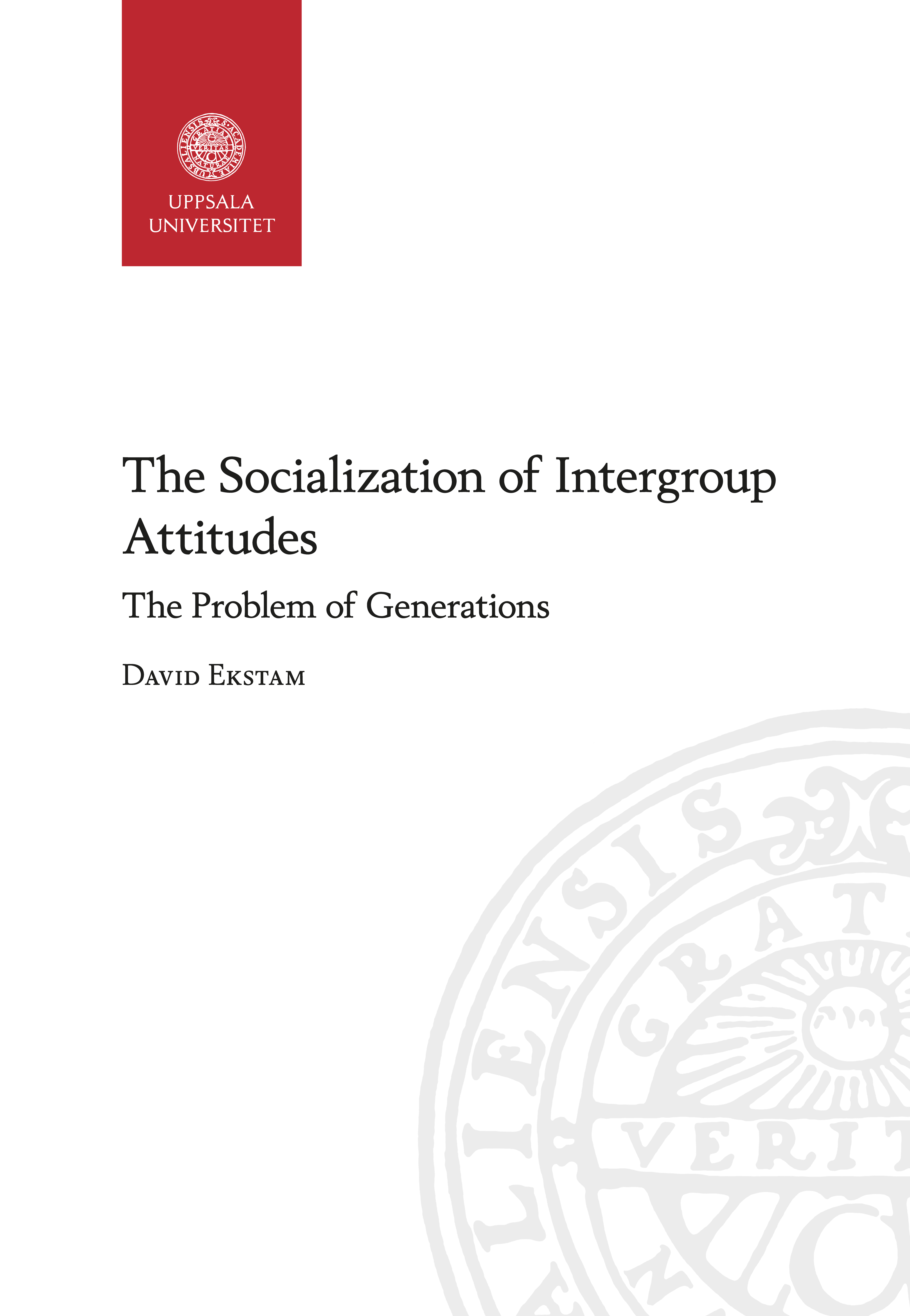 This doctoral thesis regards long-term aggregate trends in intergroup attitudes and the individual-level mechanisms that underlie change and continuity on the aggregate-level. The thesis focusses primarily on attitudes toward homosexuality in the North American context and attitudes toward immigration in the European context. I approach these subjects from a political socialization perspective, which emphasizes the importance of early-life experiences for the development of political orientations. From this perspective, the expectation is that aggregate- level value change is principally driven by generational replacement.

The thesis is comprised of three separate research papers. In the first paper, I address the conflicting findings of prior age-period-cohort studies of long-term change in American attitudes toward homosexuality. The paper demonstrates that the conflicting findings of previous research essentially are a product of different studies using different analytical constraints in order to ensure model identification in the face of the identification problem that exists in age-period-cohort analysis. While this identification problem impedes clear-cut inference with regard to linear cohort effects, I nevertheless propose that generational replacement has been an important factor behind the liberal shift in American public opinion on homosexuality over the past few decades. In the second paper, I examine the lifespan developmental trajectory of attitudes toward homosexuality by the means of American panel data. The paper demonstrates that attitudes toward homosexuality are highly stable on the individual-level but also that attitude stability increases across the human lifespan, which suggest that this kind of attitudes are primarily formed early in life. In the third paper, I look at generational differences in the relationship between education and anti-immigrant sentiment. The paper demonstrates that this relationship has increased in strength across cohorts born over the 20th century in most Western European countries. Importantly, this cross-generational trend has been driven mainly by the highly educated strata of the population. This suggests that the capacity of educational institutions to reduce negative outgroup attitudes through socialization increases as a democratic regime consolidates over time.