Between freedom of movement and hard borders: The implementation of internal border controls as a challenge or continuation of European integration

In recent years, European integration has challenged in a number of ways. One example is the refugee crisis in 2015, which resulted in the introduction of temporary internal border controls at the national borders within Schengen, many of which were still in place at the beginning of 2020. As manifestations of state sovereignty, these internal border controls undermine the ideal of open borders and free movement within the EU. The purpose of this project is to understand how the tension between ideals of openness and rights to mobility, on the one hand, and demands for national security and control on the other, are dealt with in policies that govern the internal borders of Schengen.

The research problem is addressed at different stages of the policy process: first through a comparative study of how member states communicate their decision to introduce these controls at the European level, and then through a case study of the introduction and implementation of internal border controls in Sweden. Employing qualitative content analysis of parliamentary transcripts, policy documents and interviews, the study aims to identify what kind of border regime that is being made at the internal borders of the European Union today. Empirically, the project investigates how the tension between European integration and re-nationalization is articulated and implemented in the making of these border controls. Theoretically, it contributes to the conceptualization of this ‘new normal’ border regime, identifying its place between European integration and national border control.

– Not least in the light of the Coronavirus pandemic, it has become clear how important border policy can be. One of the fears of crisis measures, such as temporary border controls, is that once they are in place, it can be difficult to return to ‘normal’ after the crisis has subsided. Therefore, it feels really good to be able to contribute to the research of how internal border controls in Europe affect European cooperation, says Johanna Pettersson.

The project is an international postdoc, and Johanna Pettersson will be a guest researcher at the Nijmegen Center for Border Research at Radboud University, the Netherlands, during the project. 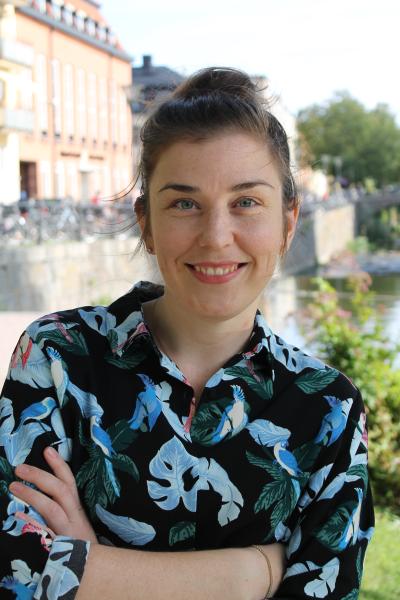